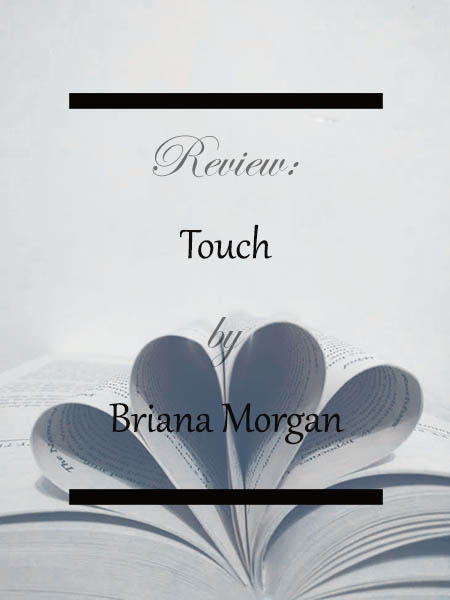 “The Seeker has grown up in a world where deliberate physical contact is a crime, and for most of her life, it hasn’t bothered her. But when some of her classmates are arrested for touching, she decides to try the most forbidden of things and touch another person. When she discovers the power of touching, and how it changes her and those around her, will the Seeker be content to return to a life without it?” 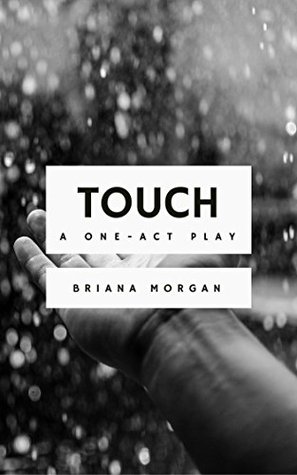 I’ve never been hugged before. I don’t know anyone who has.

And so begins this wonderful play about the basic human need to be touched.

The Seeker lives in a future where all touch is outlawed. Hugs are sold illegally on the street like a modern day drug, and past users, like the Seekers mother, are watched closely by probation officers. The Seeker is a young woman who wonders what it would be like to have her hand held, to be embraced by her mother, or to be kissed, and writes down her thoughts in her diary, but when her mother finds out she’s furious.

The Seeker’s desire to know tops her fear of being imprisoned, and she decides to brave the unthinkable and pay a dealer for a hug.

What follows is the moving story set in a world where a basic human right and need has been taken away, and one girl’s refusal to accept it. It’s a short story (I read the whole thing in thirty minutes) but its message is strong and the story and characters develop beautifully.

If you’re looking for a quick, poignant read then I can’t recommend Touch enough! I really enjoyed my first dive into plays and would love to see it on stage if given the chance.

I don’t review books professionally. These reviews are mainly a small summary and my opinion on books I’ve loved, they are not intended to be anything more. All ‘reviews’ include a picture, title and name of author linking to the book’s Goodreads listing, the blurb from the back of the book and my non-professional verdict.

For all other book reviews, please take a look here. 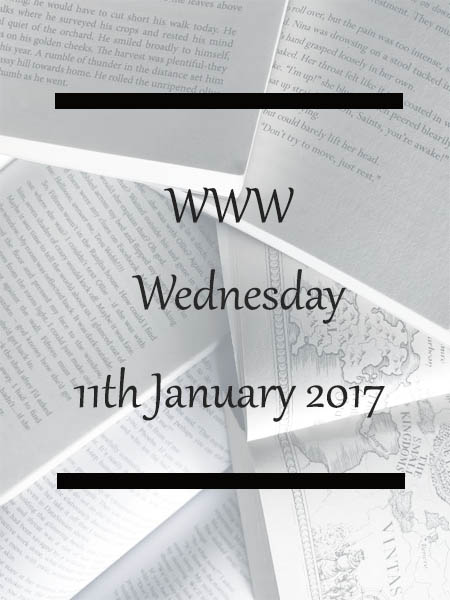 This meme is hosted by Sam over at Taking on a World of Words. A similar meme, This Week in Books is hosted by Lipsyy Lost and Found.

Why not join in? Just answer the following three questions in a post and then put a link to that post in the comments over at Taking on a World of Words. 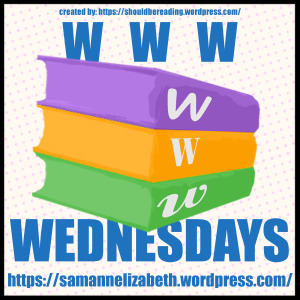 Happy New Year, my fellow book addicts! ❤ I hope you all had a great, book-filled start to the year 🙂 Would you believe it’s been a year since I’ve started doing this bi-weekly?!? :O

This meme will be categorised together with my book reviews. All links will get you to the book’s Goodreads listing, as always 🙂 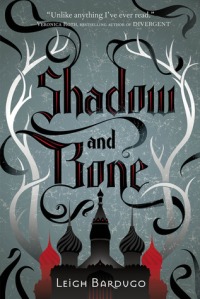 I’ve been dying to read this trilogy ever since I finished Crooked Kingdom, so I treated myself to all three when I won NaNo last year. I’m still reading The Night Circus as I’m preparing this post on Monday, so I’ll only just have started it by the time this post goes live!

Surrounded by enemies, the once-great nation of Ravka has been torn in two by the Shadow Fold, a swath of near impenetrable darkness crawling with monsters who feast on human flesh. Now its fate may rest on the shoulders of one lonely refugee.

Alina Starkov has never been good at anything. But when her regiment is attacked on the Fold and her best friend is brutally injured, Alina reveals a dormant power that saves his life—a power that could be the key to setting her war-ravaged country free. Wrenched from everything she knows, Alina is whisked away to the royal court to be trained as a member of the Grisha, the magical elite led by the mysterious Darkling.

Yet nothing in this lavish world is what it seems. With darkness looming and an entire kingdom depending on her untamed power, Alina will have to confront the secrets of the Grisha . . . and the secrets of her heart.

What I recently finished reading 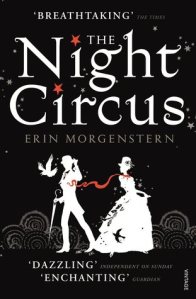 This book was magic. And such a perfect way to kick off my bookish year, too! I doubt I’ve noticed everything that goes on inside and away from the circus, so I think reading it again at some point is a must! I’ll hopefully get around to reviewing it this week, so keep an eye on my Goodreads account for that. The review will be live here in a few weeks, too.

The circus arrives without warning. No announcements precede it. It is simply there, when yesterday it was not. Within the black-and-white striped canvas tents is an utterly unique experience full of breathtaking amazements. It is called Le Cirque des Rêves, and it is only open at night.

But behind the scenes, a fierce competition is underway: a duel between two young magicians, Celia and Marco, who have been trained since childhood expressly for this purpose by their mercurial instructors. Unbeknownst to them, this is a game in which only one can be left standing, and the circus is but the stage for a remarkable battle of imagination and will. Despite themselves, however, Celia and Marco tumble headfirst into love – a deep, magical love that makes the lights flicker and the room grow warm whenever they so much as brush hands.

True love or not, the game must play out, and the fates of everyone involved, from the cast of extraordinary circus per­formers to the patrons, hang in the balance, suspended as precariously as the daring acrobats overhead.

What I think I’ll read next 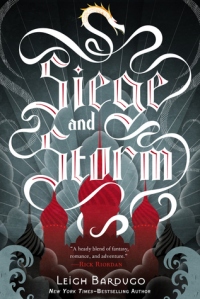 Hunted across the True Sea, haunted by the lives she took on the Fold, Alina must try to make a life with Mal in an unfamiliar land. She finds starting new is not easy while keeping her identity as the Sun Summoner a secret. She can’t outrun her past or her destiny for long.

The Darkling has emerged from the Shadow Fold with a terrifying new power and a dangerous plan that will test the very boundaries of the natural world. With the help of a notorious privateer, Alina returns to the country she abandoned, determined to fight the forces gathering against Ravka. But as her power grows, Alina slips deeper into the Darkling’s game of forbidden magic, and farther away from Mal. Somehow, she will have to choose between her country, her power, and the love she always thought would guide her–or risk losing everything to the oncoming storm. 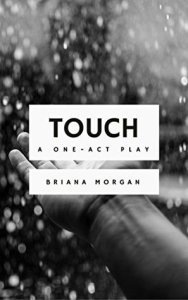 I’ve been meaning to read this play for a while (not only because the author happens to be my editor), so when it was free last week I had to get it! Because it’s so short I’m planning on reading it one morning this week as a break from my edits. I’m thinking a nice cuppa tea, some biscuits and a warm blanket will be perfect with it ❤

The Seeker has grown up in a world where deliberate physical contact is a crime, and for most of her life, it hasn’t bothered her. But when some of her classmates are arrested for touching, she decides to try the most forbidden of things and touch another person. When she discovers the power of touching, and how it changes her and those around her, will the Seeker be content to return to a life without it?

Have you read any of these and would like to chat about it? I look forward to hearing from you if you do – just leave a comment below and we can get this book club started!

I’m very excited about today’s guest post, because it answers a question many new writers face: Why are there so many different editing options, and which one do I need? What do I pay for?

When I first looked into getting an editor for Rise of the Sparrows, I had no idea what the difference between a line editor and a copy editor was, and several other writers I asked were just as confused. Briana Mae Morgan is my editor, and she’s offered to clear things up! We hope that this post will answer your questions, but if there’s anything else you’d like to know ask away! 🙂

Thank you so much for popping in, Briana. So, what are the different kinds of editing services writers can get?

What Are the Three Different Levels of Edits?

Editors are important. Writers of every category, genre, or skill level can benefit from using an editor. If you choose a traditional publishing path, you won’t need to worry about booking an editor, as that will be taken care of for you. However, if you’re self-publishing, you should try to find a freelance editor.

At some point, you’ll also need to decide which type of editing to pay for. Confused? So are a lot of my clients. That’s okay! Here’s a quick breakdown of the three most common types of editing, as well as the advantages and disadvantages of each.

In a developmental edit, an editor looks to fix big-picture issues, such as story structure, plot, pacing, dialogue, characters, and more. During a developmental edit, an editor isn’t concerned with things like sentence variation, flow, or spelling and grammar. Instead, the focus is on how the piece works as a whole.  Does the plot make sense? Are the characters fully formed and relatable? Does the dialogue sound realistic?

I can’t speak for other editors, but for me, if a client pays for a developmental edit, I also include a line edit and a copy edit as part of the deal.

Line editing is a little more in-depth than developmental editing. At this stage, and editor combs through the manuscript with a careful eye, paying special attention to any parts that read strangely or are hard to understand. In a line edit, the focus is on issues at a sentence and paragraph level. Are there many clichés? What’s the best word choice? How many sentences or paragraphs start the same way? How can that be changed?

Like a developmental edit, when I do a line edit, I also include a complimentary copy edit/proofread.

The copy edit or proofread is what most people think of when they hear the word editing. At this stage, an editor picks through every last word of the piece, double-checking the spelling, punctuation, and grammar. This type of edit is typically performed on a piece that has been edited at least once and is (more or less) ready for publication.

No matter what type of writing you do or what stage of the publication process you’re in, it’s likely that at some point, you’re going to need an editor. Whether you choose a developmental edit, a line edit, or a proofread, it’s important to know the benefits and the limitations of each. The next time you go to book an editor, hopefully you’ll have a better understanding of everything that is involved.

Thanks for hosting me, Sarina!

Thank you for taking the time to explain everything! ^-^ If you’d like to get in touch with Briana, you can do so via her twitter or via her website.

Has this answered your questions? Is there anything else you’d like to know about what an editor can do for you? Grab a cookie and don’t be shy – we’ll do our best to answer 🙂

For all other guest posts, take a look here.

For Cookie Break’s home page, have a look here.